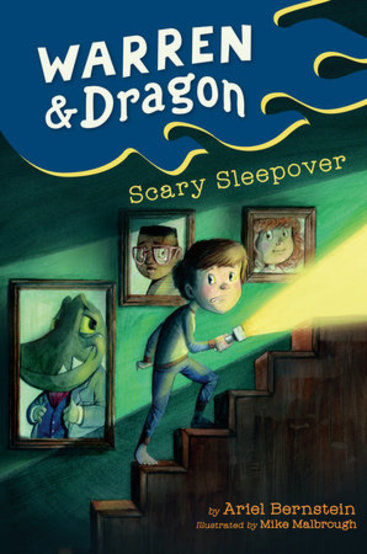 Warren is a seven-year-old boy and Dragon is part stuffed animal, part fierce dragon, part best friend—depending on what part you believe most. And Michael is their new friend and next-door neighbor. When Michael invites them over to go “camping” in his basement, the dynamic duo don’t know whether they’re more excited or nervous about it. This is their very first sleepover. EVER. Sure, Michael promised there would be not one but two desserts to look forward to. But he also said he wants to swap—gulp—scary stories. Warren can think of nothing more embarrassing than calling his parents to pick him up early from a sleepover, but how is he supposed to fall asleep in a dark basement full of mysterious and unfamiliar noises?