How to Sell Your Family to the Aliens 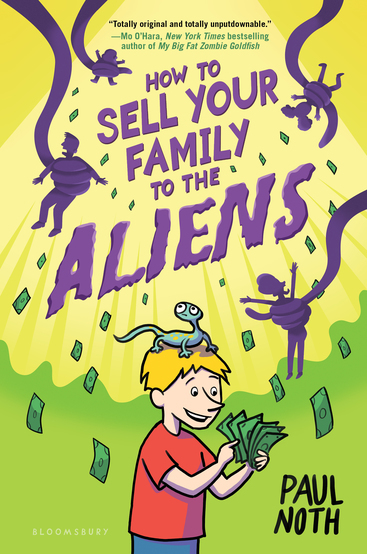 All Happy Conklin, Jr. has ever wanted is a normal life—but that’s probably asking a lot from his family. Dad’s a brilliant inventor, but every cent from his lucrative (and strange) inventions is Grandma’s. She lives in a mansion; Hap and his family live in the basement. Hap finds it all awful, especially shaving three times a day and sharing a room with his five sisters, each with wacky qualities thanks to Grandma’s testing of the inventions. Hap only means to get rid of Grandma, but when he—oops!—sells his whole family to aliens, he wants nothing more than to get them back. He just has to figure out . . . how?

This wonderfully madcap adventure series, full of lovable (and weird) characters, is told in a seamless blend of text and illustration from an exciting new voice in middle grade fiction.