In a Small Kingdom 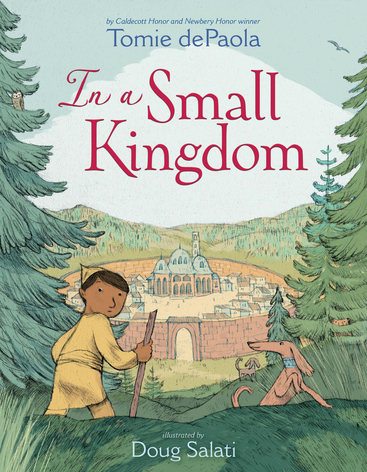 A beloved king has died, leaving his magnificent and powerful robe to his heir. But when the prince’s jealous older half-brother steals the robe and destroys it, the young prince must find another source of power and strength.

We are thrilled to be publishing Doug Salati’s debut picture book. Named a 2015 Sendak Fellow, Doug has already received recognition from American Illustration, 3x3 (The Magazine of Contemporary Illustration), and the Society of Illustrators. His work is stunning and unique, and Tomie handpicked him to illustrate the text.