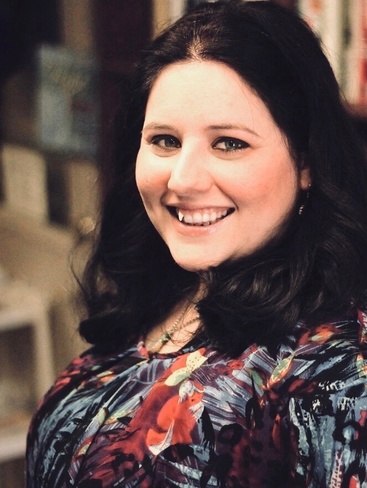 NICOLE PANTELEAKOS is a middle-grade author, playwright, and Ravenclaw whose plays have been performed at numerous theaters and schools in Connecticut and New York City. She earned her BA in Theatre Scriptwriting from Eastern Connecticut State University and is currently working toward her MFA in Children’s Literature at Hollins University. She lives in Brooklyn, New York, and has three awesome godchildren and two quirky cats, and at least one Broadway song stuck in her head at all times. Planet Earth Is Blue is her debut novel. Visit Nicole on Twitter at @NicWritesBooks, on Facebook (facebook.com/nicolepanteleakos), or at nicolepanteleakos.com.